Frank Miles, a media consultant searching for the man who murdered his business partner, meets his match in the shadowy hit man, George Raymond. For Raymond, murder makes good business sense, particularly with a growing client base in Washington.

Teddy Mack, a civil attorney just out of law school, is forced against his will to represent a gruesome serial killer in Robert Ellis's high-octane international bestseller. Set in Philadelphia where Robert grew up, and written as a tribute to his father who introduced him to Thomas Harris's Red Dragon, The Dead Room is one of Robert's most personal works.

Who killed Lily Hight? And why is the body count still rising when Los Angeles County's biggest murder trial ended weeks ago? LAPD Detective Lena Gamble returns in this high-speed legal thriller to investigate the most shocking series of murders to occur in Los Angeles in decades. 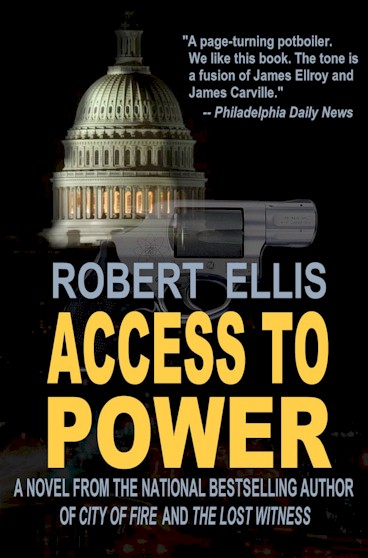 THE LOVE KILLINGS is a continuation of the epic thriller CITY OF ECHOES, the story set six weeks later when a new series of particularly gruesome murders occur in Philadelphia. All evidence points to the killer who fled LA, a man of unprecedented savagery and cunning. Detective Matt Jones is recruited by a federal prosecutor to join the FBI's manhunt and capture this brutal mass killer once and for all.

Robert Ellis outs a new hero in his most spine-tingling, emotionally taut, thriller so far. Matt Jones, an LAPD detective working Homicide for the first time, learns all too quickly that the only way he's going to survive his own case is with his .45 up and ready.

LAPD detective Matt Jones investigates the murder of a young girl only to realize that he’s stepped into the middle of a drug war between an infamous mob figure and the power of Wall Street. Filled with fully realized characters, and a story inspired by a real-life murder Ellis experienced as a ten-year-old boy, this spine-tingling read feels like a ride on a roller coaster plunging through the void with no brakes.

Bestselling Author Robert Ellis’s ninth thriller, CITY OF STONES, begins just days after Matt Jones's mysterious disappearance following THE GIRL BURIED IN THE WOODS. Still recovering from his wounds, Matt is asked by a journalist with the Los Angeles Times to look at a story he's working on. Unfortunately, when Matt shows up at the writer's home he finds a horrific crime scene and realizes that there's a killer with a secret loose in LA.